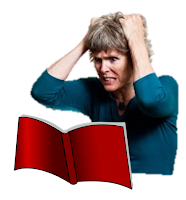 Several months ago, I read a novel—women’s fiction—that I can’t get out of my head. I didn’t like the main character or her parents. Her best friend was annoying so I didn’t like her either. Her kids were brats—one was whiny and the other was hateful. I have no idea why the main character stayed with her husband for 20+ years, so I’m glad he was deceased and I didn’t have to deal with him. Her memories of him were enough.

Are you wondering why I kept reading? The writing was great, even though the story was slow moving with sad, painful characters. Only one character captured my interest, and he showed up near the end of the book. He was a quirky university professor that dressed weird and—at the most—appeared in four short scenes. He wasn’t much more than a walk-on with interesting dialogue, but he infused hope and energy into the story, and saved the book for me. By the time I read the last page, that novel felt like the most wonderful love story I’d ever read ... not because it WAS a love story, but because it was going to BE a love story—after I closed the book and went on my merry way. Some pithy dialogue and the sweet promise of a cup of coffee captured my imagination. 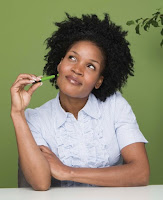 Interesting how the perfect ending—the perfect promise—can save a story, and leave the reader feeling so amazingly satisfied!

And the opposite is true too.

I came across a nonfiction book on creativity that yanked me in the moment I read the title. There was such promise and encouragement on those pages. I couldn’t put the book down. I read every paragraph with a yellow highlighter, knowing there were key observations I’d want to revisit. I texted my daughter daily to tell her how wonderful the book was. Two or three chapters from the end, I noticed a change in tone, and the focus of the book shifted. It was almost as if the final chapters had been written by someone else. In the last chapter, the author devoted himself to insulting me as a Christian reader/writer/creative. He told me my interpretation of the Bible and Heaven was wrong. Pardon me?

Where was the wrap-up on being creative? The encouragement I expected? My sigh of satisfaction? Had I been blind during the first 30 something chapters? He ruined the entire book for me. I can’t remember one positive thing in previous chapters.

Whether we write fiction or nonfiction, we make a promise to our readers in each story we write. Be certain what that promise is and make sure to deliver on it. Whether we’re indie or traditionally published, the old saying, “The first page sells your book and the last page sells your next book” is truer than we realize. 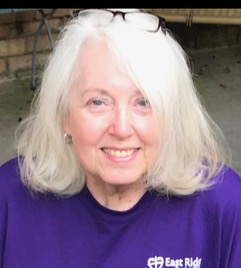 Jessica Ferguson is the author of The Little Girl in the Bayou, a short story included in the Tick Tock—A Stitch in Crime anthology published by Dancing Lemur Press.  A Former staff writer for Southern Writers Magazine, Jess also worked as assistant editor/writer/photographer for The Times of Southwest Louisiana. When rights to her novel and novellas were re-assigned to her, Jess had every intention to revise and republish. A search on Amazon will show you that procrastination gets you nowhere.


Tick Tock: A Stitch In Crime
The Little Girl in the Bayou by J.R. Ferguson
Posted by Tara Tyler at 6:00 AM 17 comments: IWSG Anthology Contest Winners
The big moment everyone has been waiting for – the announcement of the IWSG winners. Here are the stories and authors that have been selected for our fourth anthology:
Oddly Suited by LG Keltner
Sea of Sorrows by AV Brown
Behind the Catcher’s Mask by Jennifer Lane
A Diver’s Ball by Angela Brown
Fearless Heart by Deborah Solice
The Dark Charade by CD Gallant-King
The Cog Prince by Elizabeth Mueller
Flower of Ronda by Myles Christensen
Remedy by Chelsea Ballard
Charleston Masquerade by Carrie-Anne Brownian
The top story has the honors of being included in the title. LG Keltner’s story came out on top! The official title of our next anthology – Masquerade: Oddly Suited. Congratulations, LG. (She was also in the top spot for our first anthology, Parallels: Felix Was Here.)
The IWSG Admins spent many hours reading the entries and fourteen were sent to our special judges. We certainly wish to thank them for taking time away from their own work to read the entries:
Elizabeth S. Craig, author
Kelly Van Sant, agent at Red Sofa Literary Agency
Elana Johnson, author
DL Hammons, Write Club founder
S.A. Larsen, author
Kristin Smith, author
Gwen Gardner, author and previous IWSG anthology winner
Look for Masquerade: Oddly Suited late spring!

Posted by Elizabeth Seckman at 3:10 AM 9 comments: