How do writers do it?

We asked our FIRST LOVE Anthology authors to give us a glimpse into their Writing Processes - Plotter? Pantser? or a Mix of Both? Here's what they said...
I definitely began my writing career as a Pantser which is now more kindly known as a Discovery Writer. Not to say I didn't TRY to be a Plotter, but it just didn't stick. Now, like many writers, I combine both. I roughly outline chapters I'd like to write, then find my beginning, then "discover" my story as I write. Usually, I dump my ideas under forthcoming chapter headings, calling these the "bare bones" waiting to be fleshed out. During this process, I rely heavily on my critique partners and the occasional editor friend.
As I'm very visual, my best stories have been written after immersing myself in another country, another culture. For example, the story I wrote for the IWSG Romance Anthology was based on a gem of an idea that surfaced during a trip to Santorini in the Greek Islands which was followed by lots of research into its tragic history. I find it easy to put myself into the place of my characters and suffer along with them.
-- Denise Covey, Marmalade Sunset
I am a plotter. At least, I am now. I went in sans plan with my first novel—a vampire romance (Thank you very much, Stephanie Meyer.) Much like a creature of the night, that book will never see the light of day. Well, I say never, but who knows. Trends are cyclical. If the vampire craze finds new life, maybe I’ll dust it off and start over…with an outline this time.
-- Kim Elliott, Clyde and Coalesce
I am a mix of a plotter and a pantser. I like to have a good foundation for the story and its structure to make sure I have an actual story and an idea of where it's going, but if I plan too much, I have a hard time wanting to write. Part of the fun of writing is discovering the characters and their journey, and I find I don't know that well enough until I start writing in the main character's voice and putting them in sticky situations. The downside is I then often have big structural revisions because I use the first draft partially as a discovery tool but, as they say, you can't edit a blank page, so having something down leads me to the final version, even if it's not the most efficient way.
-- Sammi Spizziri, The Real Thing 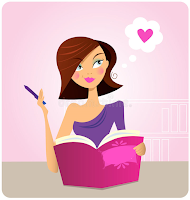 I’m an outliner. It was very necessary for my five book series where I had to keep track of the overlapping stories as they moved forward in time. It was also necessary for my two non-fiction titles. (Critical!) However, the project I am working on now is a bit more free-form. Three of the stories were plotted mostly in my head and the fourth is a re-write of a very old story.
I used to edit as I went, but now I finish a story first before going back to edit. And 99% of my fiction pieces originated from a dream. So, sometimes it’s a challenge just to write a story that make sense.
-- L. Diane Wolfe, Dancing Lemur Press, L.L.C.
I'm a bit of both a pantser and a plotter. I never preplan. I always start out with an idea, scene, or emotion and write until I can’t go anymore. When I run out of steam, I take a break and then write out an outline or sets of goals for the story and its characters. I never take less than four passes at a manuscript before sharing with others for feedback.
-- Sylvia Ney, Paper Faces 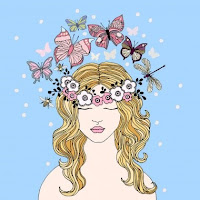 My writing process looks a lot like being attacked by butterflies. If butterflies carried ten pound cannonballs, dropping them randomly and maliciously. I'll be in the middle of doing something useful, like cooking dinner, when the butterflies choose to chuck a giant idea on me. WHAM, 'What if we wrote a story based on that meme we saw? That really funny one? About beauty seeing the library and becoming an instant roommate to the beast whether he likes it or not?'. With all the ideas fluttering about, you could definitely call me a Pantser. I take an idea after it lands on my head, and run with it. Sometimes I fall flat on my face and the idea goes into the discard bin. Sometimes it works, and the idea turns into a story. I've never met such thing as an outline. They tend to avoid me. I think it's all the butterflies.
-- SE White, The Castle of Ohno
The way it generally goes is that I get an idea for a story and start writing it. Then I get bored of the idea (or I get stuck), so I come up with a new idea and start working on that until I’m bored or stuck. Now, you might think that at this point I go back to work on Idea #1, but you’d be wrong. I usually come up with a third idea. The upshot of all this is that I generally have between three and ten different stories that I’m “working on” at any given moment and it’s six-to-five and pick ‘em which one I will eventually finish. In fact, it’s genuinely surprising that I manage to finish anything at all.
-- Templeton Moss, My First Love(s)

My writing process is painful. I cannot stop myself from editing as I go. I cannot write the next sentence until I've composed the "perfect" sentence, or the next paragraph until I have perfected the last one, or the next chapter... you get the idea. The good news is, once I've finished my first "draft," my manuscript is pretty much ready to go. Unless I think of a major plot twist, in which case I have to go back and revise all my "perfect" sentences and paragraphs and chapters. And since I'm more of a pantser than a plotter, that happens a lot. As I said, painful!
-- Linda Budzinski, The Art of Making Doughnuts

I’m a mix of a plotter and pantser. I go into the story with a baseline of who my characters are and what I want to happen, but I always leave room for the magic. I love when my characters surprise me, so if they happen to veer off course, I adjust my plans to accommodate. I suppose that makes me a plantser. :)
-- Katie Klein, How to Save a Princess
I plot the basic story, then I half-plot, half-pants the scenes. I flesh out my plot notes in paragraph form, right in the drafting document, and delete them as I go. This allows me to jump forward and write a scene out of order if I get a burst of inspiration.
-- Melissa Maygrove, My Heart Approves
And there you have it, some insightful examples of different ways to get through the writing process. What about you? Are you a plotter or a pantser or a little of both? Can you relate to some of these writing processes? Maybe you found something new to try.
Whichever way you write, keep writing!
Posted by Tara Tyler at 6:00 AM 7 comments: