In the Spotlight: Yvonne Ventresca ~ Author of "The Third Ghost"


The IWSG Anthology blog will be featuring posts from each of the contributing authors over the coming weeks, and I’m thrilled to kick it off!
My story in the Voyagers Anthology is “The Third Ghost.” In one sentence, here’s what it’s about: Among the darkened, arson-damaged streets of Hoboken in 1981, Lewis stops to help two ghosts until he realizes his own family is in grave danger. 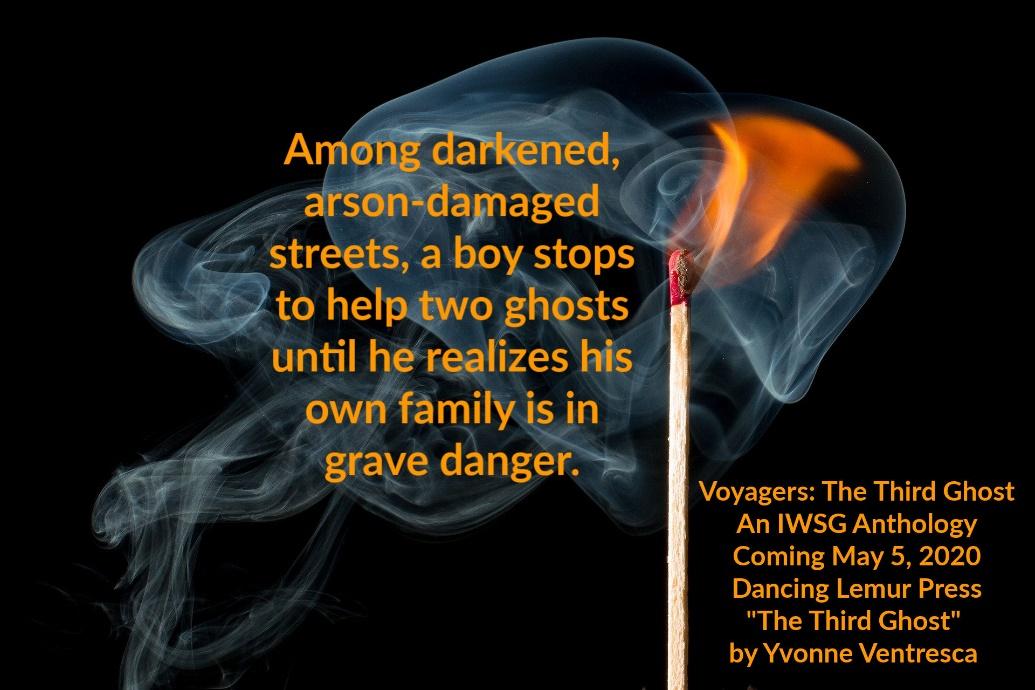 Some background about the story: Several years ago, I went on a haunted tour of Grand Central Station as research for a fictional Haunted Tour of Hoboken that takes place in my young adult novel, Black Flowers, White Lies. During the Grand Central tour, the guide told us a ghost story about a girl on the train tracks. The story stuck with me, and for the IWSG anthology, I thought about that girl and what it might be like for someone to meet her on a spooky October night.
Because I spent several years living in Hoboken (New Jersey), I envisioned setting the story there, which includes a historic train terminal. As I researched the city’s tragic arson fires in the late 1970s and early 1980s, the pieces of “The Third Ghost” clicked into place.
I have two novels published for young adults, and my story “The Art of Remaining Bitter” was included in IWSG’s Hero Lost Anthology. “The Third Ghost” is my first published middle grade story.

“The Third Ghost” by Yvonne Ventresca

Lewis checked on his little sister before he snuck out in the middle of the night. Christina slept peacefully, clutching the most recent book they’d been reading together. Despite the fact they were still several sizes too big, she wore his old Bugs Bunny pjs again. As he tucked the blanket around her, a weird sense of foreboding overcame him, as if he should wake her and say goodbye one last time. But that was ridiculous. Nothing had ever happened the other times he’d slipped away. He would be home soon enough.
Usually, he took the stairwell from their second-floor apartment and crept out the back door. The wooden steps often creaked, but he’d mastered the art of moving quietly and slinking along undetected. But tonight, just as Lewis cracked the door to leave the apartment, his neighbor stumbled down the hall toward him. The man always asked too many questions in his booming voice. Luckily, he stopped a moment to light a cigarette with unsteady hands. When the flame of the lighter flickered, Lewis used the distraction to jerk the door closed, cringing at the click that seemed magnified in the night.
That was close.
Plan B: the back window. He returned to the rear bedroom. Moving slowly, he pushed the screenless window open. His sister stirred, fluttered her eyes a moment, but went back to sleep without noticing him.
He stared at the ground below, strewn with broken glass and garbage. I’ve done this before. He put his right leg over the sill. No broken bones yet.
As he climbed out, he hung from the window ledge, shortening the distance of his drop. Mom had told them about the hanging technique, instead of jumping, in case they needed to escape in an emergency. All the parents worried about fire after the recent arson deaths.
.
.
.
Mom’s shift ended at midnight. He was nearly there, with plenty of time to spare. Focused on his destination, he almost tripped over the boy crouched by the corner mailbox. It was as if he’d appeared out of nowhere.
“Whoa!” Lewis dropped his voice to a whisper. “You scared me.”
“Sorry.” The boy, dressed in sweatpants and a Smurf sweatshirt, was maybe eight or nine, like Christina. “I need help,” he said. “Henrietta’s stuck. See?” He pointed to a metal pipe under the mailbox. It wasn’t attached to anything, as if someone had discarded it. From inside the pipe came a plaintive cry.
Lewis bent to look. Two green eyes blinked at him from inside.
“I need to leave on a voyage,” the boy explained, “but I can’t go with Henrietta in trouble.”
A voyage? The word made Lewis think of ships heading out to sea. The boy didn’t look dressed for a boat ride.
“I can’t reach her.”
“Can you tilt the pipe?” Lewis asked. “Maybe she’ll crawl out.”
“Too heavy.”
Lewis tried to lift it, but it wouldn’t budge. A big guy in construction boots hurried past them toward the train station.
“Can you help us?” the boy called, but the man rushed onward, ignoring them.
“Don’t worry,” Lewis said. “We’ll figure something out. What if I push her toward you, then you slide her out?”
The boy nodded.
Lewis tugged the sleeves of his jacket down, not wanting to get scratched. He checked inside the pipe. All he could see was a ball of black fluff. He gently put his hand on the back of the cat and eased her forward.
A loud meow was followed by a cry of triumph. “Got her!” the boy said, cradling Henrietta until she squirmed. After he placed her on the ground, she meowed again. But on closer inspection, her fur wasn’t black. She was a tabby cat covered in soot.
“She doesn’t seem hurt or anything,” Lewis said as Henrietta sauntered away.
No reply.
When Lewis turned back, the boy had gone. “Hello?” he called. But he stood by himself on the corner.
Weird. It’s almost as if the boy was…No. The wind blew from the Hudson River and he shuddered. Alone in the night, he did not want to think about ghosts. Shaking off the fear, he continued to the train station. 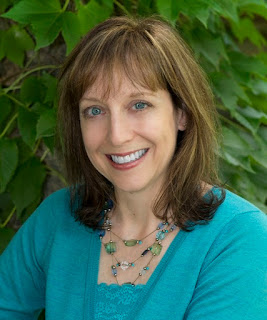 In addition to her novels, Yvonne’s other work includes two nonfiction books and several short stories selected for anthologies, including the previous IWSG anthology, Hero Lost: Mysteries of Death and Life.

She is currently pursuing an MFA in Writing for Children and Young Adults at Vermont College of Fine Arts. You can learn more at YvonneVentresca.com, where she features resources for writers.

Next up is Katharina Gerlach who shares her backstory for "Winter Days," a suspenseful tale in which twelve-year-old Katie fears her family’s arrest when a blizzard traps them in East Germany.