The Power of Language ~ Part 2

Less than a week to go!
The IWSG's 2020 Anthology:
Voyagers:  The Third Ghost
will be released on May 5th!
And on May 6th,
the next IWSG Anthology Contest will open.
The genre is science fiction,
and the theme will be revealed on the 6th.

So many wonderful quotes about the power of language exist.
Here are two that speak to the experiences many of our authors have shared:

"My task, which I am trying to achieve is, by the power of the written word, to make you hear, to make you feel--it is, before all, to make you see."
—Joseph Conrad 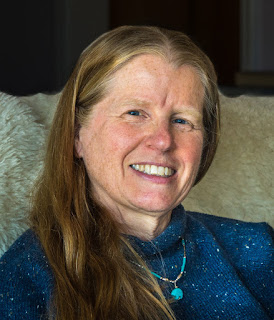 I think I learned about the power of language the same way most children do: through teasing. All the adults assured me that “words can’t hurt you” and you “just need to ignore them,” but even relatively mild phrases like “freckle-faced strawberry” bore a sting that made lies of their claims. Maybe that’s why I became a writer: because I knew from an early age that words DO matter, whether they were playground insults or a teacher telling me I’d done good work.


Rebecca is the author of the delightful Ninja Librarian books, as well as a picture book for outdoor families, a mystery series for the parents, and her middle-grade fantasy, Halitor the Hero.  After more than seventeen years working at the library, she has retired still without learning all the secrets of the Ninja Librarian. 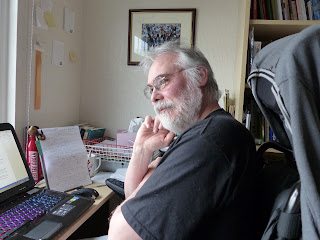 
Although I was captivated by stories as a child and tinkered with tales when swept along by my dreams, it was discovering Tolkien in my mid-teens which unleashed my realisation that language had power. It was through his writing as an Anglo-Saxon literature professor initially, but then I read The Lord of the Rings – all three Books over one long magical weekend. Although my efforts to imitate him were sheets of purple prose, I persisted and now five decades later, some of my words are bearing fruit.

As another of my teenage idols, Ray Bradbury said, “If you write a hundred short stories and they're all bad, that doesn't mean you've failed. You fail only if you stop writing.” 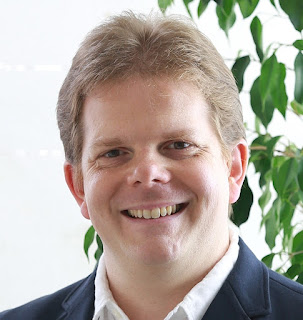 As early as kindergarten, I developed a reputation as the boy who squealed with excitement whenever the day's schedule included "writing." I can't remember a time when I wasn't enthralled by the power of words, especially their power to transport me to a different world. In particular, it was "The Lord of the Rings" that inspired me not only to use words to create an imaginary world, but to use an imaginary world to create words - I was a "conlanger," a creator of constructed languages, long before I knew that word existed. Years later, when I visited "The Wizarding World of Harry Potter" at Universal Studios Japan, and wandered through this three-dimensional wonderland that only existed because of the words J.K. Rowling had put on paper, I was vividly reminded of what I had learned so early on: language has power to make the unreal real.


Charles Kowalski has published the full story of Simon, Oyuki and their adventures through haunted Japan in Simon Grey and the March of a Hundred Ghosts.  In addition to to middle-grade fantasy, Charles' thrillers for adults, Mind Virus and The Devil’s Son, have won prizes and nominations including the Rocky Mountain Fiction Writers' Colorado Gold Award, the Killer Nashville Silver Falchion Award, and the Adventure Writers Grandmaster Award. 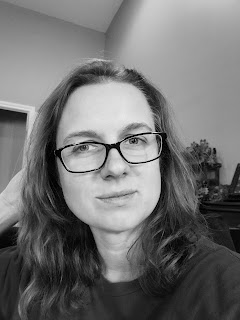 Childhood is filled with moments where words affect and form our view of the world. Of course, there are the books that teach us a love of reading. The characters that break our hearts, make us laugh, or scare us to see evil. There are other worlds with adventures that we literally dream about. But our books all start with words. They start with language.

My earliest memories involve books. I'm that fluke writer who cannot remember when they started reading, but rather, I remember how books always made me feel. I was connected with the words on the pages. I loved them and I assumed it was because I loved a great story. However, in middle school and high school, that's when the subject Reading split into two new classes--Literature and Language. And that's when I learned words have meaning beyond their definition.

In Literature, we continued to learn about stories, theme, tone, style, and more. In Language, grammar transformed into meaning as the words were explained through their roots, prefixes, and suffixes, all created by a writer who wanted to more precisely communicate with the world. Between the two courses, for six years, I was taught poetry, speeches, short stories, fictional books, non-fictional works, and how history as well as humanity can be documented through our language. Different lessons have applied to my various experiences, reiterating one main thought--language has power.

LT hails from the Land of Corn, otherwise known as Central Illinois, where weather inspires her literary works. When not writing speculative fiction shorts and novels, she spends her days raising a brood of plague monsters (a.k.a. her children) as well as satisfying her never-ending thirst for knowledge through reading, meeting people, and first-hand life experiences. 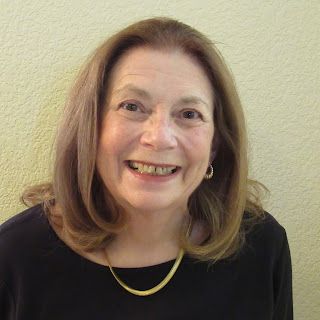 My parents were passionate about language and instilled that passion in me.  I don’t remember a time I wasn’t read to or a time I couldn’t read, but I vividly remember when I learned the power of language.

One evening I was standing in my father’s den while my mother dried the dishes in the adjacent kitchen and he worked at his desk.  Above it hung a photograph of University Hall at Acadia.  At five, I already knew that after kindergarten came school and after school came Acadia University.

My father often worked at his desk late into the night.  I knew I shouldn’t bother him when he was busy, so I usually watched quietly.  However, this evening we were chatting about my day as he folded papers and stuck them in envelopes.  I don't remember what I was saying, but I do remember my father interrupting my prattle with a startled, "What did you just say?"

My mother tossed her dishtowel and hurried through the door.

"Nothing," I said, acutely aware that I must have said something very wrong.

"You said "f**king," my father answered for me, glowering from his seat.

"Where did you learn a word like that, Weesie?"  My mother knelt so she could look me in the eye.

"Nice people don't use that word," my mother added.  I later came to understand she substituted "fiddlesticks" for that very bad word when a situation called for an expletive.

"And, if I ever hear you use that word again," my father said with more finger-wags, "I will wash your mouth out with a bar of soap!"

I didn't doubt he would.

I've never forgotten that experience:  the gooseneck lamp, University Hall, the cluttered desk, the dishtowel, and the power of a single word bringing my busy parents to a full stop.  I never had my mouth washed out with soap; although my brother did once when he forgot the power of language.  I learned many more lessons about language, but this one stands out.


Born in Nova Scotia and raised throughout eastern Canada, Louise is a writer and blogger who now lives in Colorado.  She writes fiction and nonfiction with the encouragement of her supportive husband.  "Dare Double Dare" is her first middle grade story. 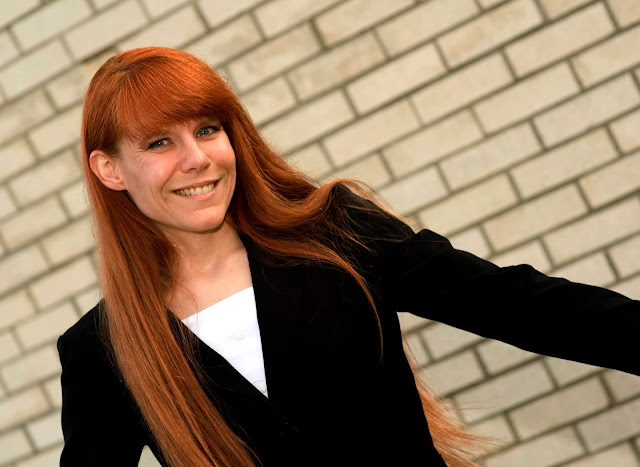 When did I learn that language had power? That is a really tough question. Probably when I started reading. My mother said I began to read around 18 months (yes, very young!) and probably by the age of 4-5 I was devouring books. I was an only kid, but through those books and stories I was never alone.

Diane is the owner and senior editor of Dancing Lemur Press, L.L.C. and its imprint Freedom Fox Press.  Known as “Spunk On A Stick,” Diane  conducts seminars on book publishing, promoting, leadership, and goal-setting, and she offers book formatting and author consultation.  Diane is the author of numerous fiction and nonfiction books, including The Circle of Friends series, How to Publish and Promote Your Book Now! and Overcoming Obstacles with Spunk! 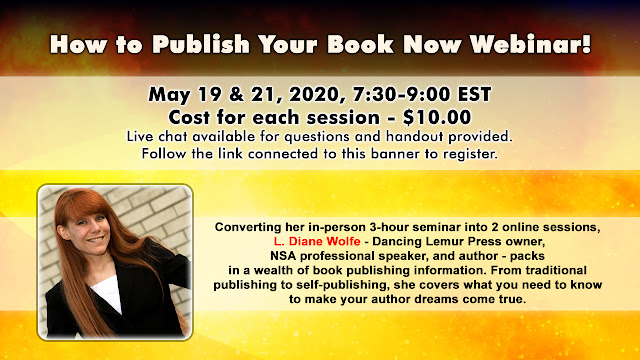 I never warmed up to my mother's "fiddlesticks."
I'll leave you with a quotation that makes me laugh from an actress I admire, Dame Judith Olivia Dench:
"One of the benefits of being a mature well-educated woman is that you're not afraid of expletives. And you have no fear to put a fool in his place. That's the power of language and experience. You can learn a lot from Shakespeare."

Till next time ~ Fundy Blue 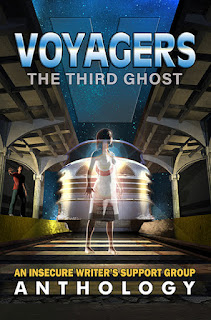 You can preorder a copy of
VOYAGERS: The Third Ghost
at the links below.

8. During May - Elizabeth Seckman  http://eseckman.blogspot.com/