In the Spotlight: Bish Denham ~ Author of "The Blind Ship"

Over the coming weeks, the IWSG Anthology blog will be featuring posts
from each of the authors in Voyager: The Third Ghost.
Our author today is Bish Denham.

Bish Denham on her short story "The Blind Ship"


When I saw what the theme for this anthology was going to be and that it was for middle graders, I knew immediately the story I wanted to tell. Because my family has lived between Puerto Rico and the U.S. Virgin Islands for over hundred years and because I was raised in the VI, most of my stories have a strong Caribbean flavor. For research purposes I have a small collection of books about the islands. One of those books, by Isidor Paiewonsky, is Eyewitness Accounts of Slavery in the Danish West Indies also Graphic Tales of Other Slave Happenings on Ships and Plantations. It was in this book that I read excerpts from the journal of a twelve-year-old boy named Jacques B. Romaigne. Jacques' story haunted me for years. He lingered behind a near opaque curtain which he pulled aside from time to time, casting ghostly shadows across my mind, reminding me he was still there and that he wanted his story told. Finally I gave in and wrote, “The Blind Ship.” I tried peddling it around to various children’s magazines, but no one was interested. I knew my writing wasn’t the problem so my guess is that it was too dark and serious. Whatever the reason, his story has languished in my files for a good 15 years, yet in all that time, Jacques has never left me. Now, at last, he has come out of from behind the curtains, and his story can be told. 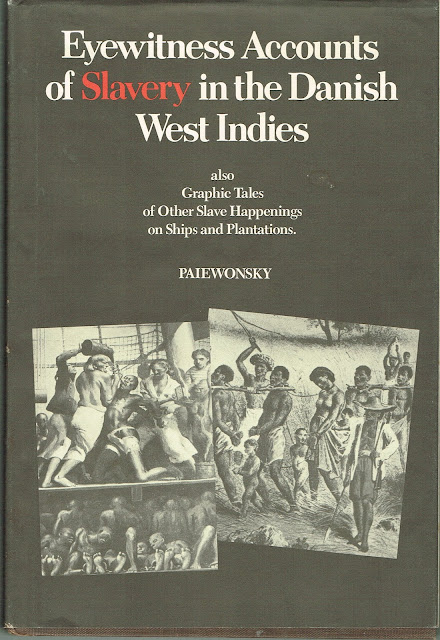 The journal of a twelve-year-old boy reveals the horrors of a slave ship, and when its cargo and crew go blind from a highly contagious eye disease, the situation only gets worse. 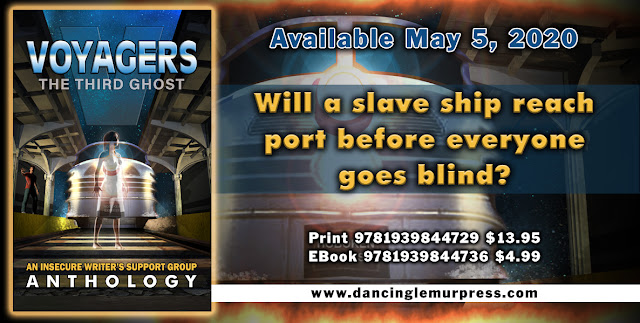 At last we are on our way, He wrote a few days later. Le Rôdeur is 200 tons and we now have on board 160 Negro slaves.
Jacques reread his words. He had already commented on the fair weather carrying him toward the Caribbean. He tried not to think about what lay in the close dank, dark quarters of the hold. It was enough that he could hear their muffled moans and cries through the decking. He took up his quill and continued writing. I know you will miss me while you tarry in France, but Father needs me on the plantation. Besides, I long to see the green hills of Guadeloupe and the blue waters of the bays. Take heart, Mother, soon you will follow and we will be together once again. At dinner a few days later, M. Gagne and Captain Boucher spoke of shipboard issues. Jacques, as a paying passenger, ate with the men. They talked over his head, as if he wasn’t there. “The slaves have brought ophthalmia on board with them,” said M. Gagne. “Ophthalmia?” asked Jacques. “What is that?” “An eye disease that causes blindness.” said M. Gagne. “At worst the blindness is permanent. Most often, if treated properly, vision will return, though in some cases one’s sight will be permanently impaired.” “How bad?” asked Captain Boucher. “It is spreading at a frightful rate. There are already more than I can manage.” 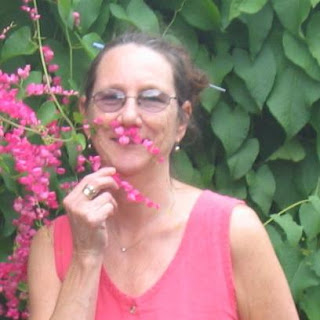 Bish Denham is from the U.S. Virgin Islands, where her family has lived for over a hundred years. The author of two middle grade novels and a collection of retold Jamaican Anansi stories, she says, “Growing up in the islands was like living inside a history book.”

Next up is Rebecca Douglass who shares her backstory for "A World of Trouble," a tale in which an adventurous Mattie Scott gets into a whole lot of trouble on a family trip to see see a real live aeroplane.