In the Spotlight: Olga Godim ~ Author of "Nano Pursuit"

The IWSG Anthology blog will be featuring posts from each of the contributing authors in Dark Matter: Artificial over the next few weeks. We've asked them to share a little about how they came up with their stories and preview what's to come!

When I decided to write a story specifically for this anthology, the genre wasn’t a problem. I like writing sci-fi stories. But the theme was a huge question mark. What was Dark Matter? I didn’t want it to be some astrophysical feature of the universe. My stories tend to be personal. My characters never save the world; their problems are also personal. So what was Dark Matter for them?

Then I came up with my all-important definition. It is not a spoiler--the reader would read it on the first page of my story. Dark Matter for my characters is the name of nanobots, the tiny bugs one of my characters invented. They eat plastic and metal garbage.
As soon as I had the definition, I knew that for my story to work, the nanobots have to be stolen. From there, the story unfolded.
Blurb:
Whoever stole Dark Matter from Alexa and her cousin Georgy are despicable thieves, aren’t they? When Alexa catches up with them, she would make them suffer for their felony. Probably. If they are truly guilty.
Excerpt:
A movement in the cave’s dark aperture alerted Alexa. She whirled and fired her stunner at the body hurtling toward her before she even saw her attacker clearly.

The stunner buzzed, and the assailant crumpled with a muted groan. Alexa tip-toed around the nose of the flier, her stunner ready for the second thief, but no more attackers materialized. Her heart pounding, she shuffled toward the downed figure.

It wasn’t a man. It was a girl. A teenager with a mop of dark wavy hair, unconscious on the cave’s floor.
“Drat!” Alexa spat. “Now, I’m shooting children.” She squirmed in guilt. The security tape of the thieves showed two adult males. Who was this kid? A stunner gun clutched in the girl’s hand alleviated Alexa’s pangs of guilt, but only a little. Wincing, she pried the gun out of the girl’s stiffened fingers, dragged her unresponsive body into the flier’s passenger seat, and regarded her perplexing prisoner.

The setting on her stunner was light. Soon, the girl’s eyelashes started fluttering open and closed. She was already waking up. Before she regained consciousness, Alexa secured the third full crate in the flier and commanded the remaining bugs to stop. Then she turned to the girl again.

The girl eyed her with hatred. “Thief!” she whispered. She couldn’t yet move, but she could obviously talk, if a bit slurry.

Alexa shook her head at the audacity of that statement. “I’m a thief? You guys, whoever you are, stole our nano bugs from us. You’re the thieves, or you bought them from the thieves. I had to fly here from our space station to retrieve our property. It took me eight days. The bugs belong to me. To my cousin and me, really,” she amended. “Georgy is the designer, and the bugs were stolen from his lab. I have the documents to prove it. I’m going to your local police to file a suit against you for robbing us. Thievery must be a crime here, as it is everywhere.”

The girl’s hand flopped weakly. “We didn’t have a choice.”

“No choice but to commit a crime?”

“No. But I might if you explain. You were not on our station. The security tape showed two males.”

“My father and uncle,” the girl said. She wet her lips.

Her mouth must be dry after a stun, Alexa thought remorsefully. 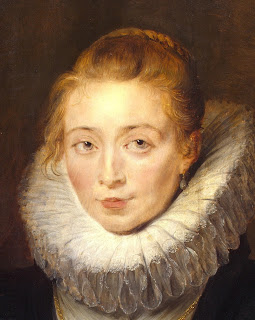 Olga Godim is a writer and journalist from Vancouver, Canada. Both her children, a son and a daughter, have already flown the nest. To sustain her nurturing instincts, she now collects toy monkeys. She has over 300 monkey figurines in her collection. As a journalist, Olga focuses on the local arts and culture scene: art shows and theatrical reviews as well as articles about local artists, actors, and musicians. As a fiction writer, she prefers speculative fiction. In the past few years, her fantasy and science fiction short stories have been published in multiple magazines and anthologies. Her book SQUIRREL OF MAGIC is a collection of urban fantasy short stories. In 2015, her fantasy novel EAGLE EN GARDE won EPIC eBook Award.
This week also marks the final week before the official release of Dark Matter: Artificial! We're celebrating by spreading the word about our upcoming blog tour! Read interviews by our authors to learn even more about their stories, writing process, and more! We'll keep you posted as each interview gets closer, or view the full schedule below:
Saturday, May 1 - Laura Billings' blog: Bookish Equestrian

Don't forget to check out Dark Matter: Artificial when it drops May 4! Available at Amazon, Barnes and Noble, Kobo, and our publisher, Dancing Lemur Press.

Next author up on this blog will be Elizabeth Mueller, who shares her backstory for "Resurgence."
Posted by Stephanie Espinoza Villamor at 3:00 AM