Hello everyone! It's time for another story spotlight! We only have a couple of these left as Masquerade: Oddly Suited comes out at the end of this month! Where has the time gone?

Today Myles Christensen is here to talk a little about how he came up with his story "Flower of Ronda."

As I began brainstorming what to write for the IWSG Anthology contest, I knew I wanted to do something in historical fiction. Very soon after that, I decided that I wanted the story to be about escape and disguise--perhaps a soldier lost behind enemy lines who needed help making it back to safety. The story needed an aspect of romance, but that wouldn't be a problem. I've always been a sucker for sweet, happily-ever-afters. The biggest challenge was deciding where to set the story. I needed to find a setting that was historical but not overdone. There also needed to be a war happening, but it needed to be a war where the protagonists could easily fit in among either side. So I did a quick search on Wikipedia for civil wars. That's when I discovered the perfect setting.
In my early twenties, I spent two years in southern Spain. I absolutely loved the beauty and simplicity of life there. And I loved learning about the local history, in particular, the Moorish influence that was a result of their conquest of the Iberian peninsula during the middle ages. I decided that southern Spain during the Reconquista was a perfect place for my story. It had the warfare aspect that would land the protagonist on the wrong side after a battle, but it also had the possibility of hiding in disguise in plain sight because these people had been coexisting for years.

A mountainous road in war-torn medieval Spain is no place for a delicate young lady. But for Zahra, that road leads to her only hope for a new life. With her pursuers closing in, she must rely on a wandering enemy soldier to help her escape. Can she hide her crime—and her true identity—long enough to find safety?

The rough cloak shook in Zahra's hands as she drew it around her shoulders. With a final glance at the body of Hamet Zeli lying inert on the hearth, she pushed through the heavy door out into the dark streets of Ronda. The warm breath of the Al-Andalusian Mountains filled the air.
Zahra crept across the bridge, pausing among the sparse dwellings of the plateau to listen for the cry of alarm which would announce her treachery.
The bruise on her arm throbbed in pain, and the memory flashed again through her mind. Uncle Hamet's talon-like fingers dug into her flesh, the smell of the food on his breath stung her nose, and the look of wicked desire burning in his eyes had filled her heart with terror.
Zahra shuddered and hastened her pace down the outer banks of the mountain city.
A few hours of walking down the lonely path to Benaojan and she would be safe with her friend, Madiha.
She stumbled on an unseen stone.
Perhaps more than a few hours. 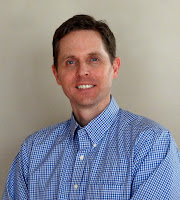 Myles Christensen writes exciting adventures in a variety of genres. His characters rarely avoid falling in love (or at least crushing on each other).  For each new story, he makes a music playlist to match—and inspire—his writing. His mild-mannered alter ego is a product development engineer, university professor, and game inventor. He lives in Utah with his wife and children.
Posted by L.G. Keltner at 11:35 AM